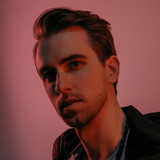 Sj's first single "Hung Up" caught the attention of Tritonal’s Chad Cisneros and Dave Reed and their collaboration became a breakout hit, streaming over 38 million times on Spotify alone. The success of Hung Up lead to a fruitful relationship – Sj was scooped up by London based Enhanced Music and in 2018 he released his Calabasas EP which included popular songs “Calabasas,” “Flicker,” and the emotional ballad “If We Could Stay High.” Sj quickly hit the road and fans experienced the energetic and emotional house style of his live sets. Sharing the stage with artists like Tritonal, Seven Lions, Shawn Frank, Kill The Noise, Apek, and BRKYLN, Sj carved out his place among today’s touring DJs. His current single “Heaven” with Katelyn Tarver is out now on Congo/Spinnin’.