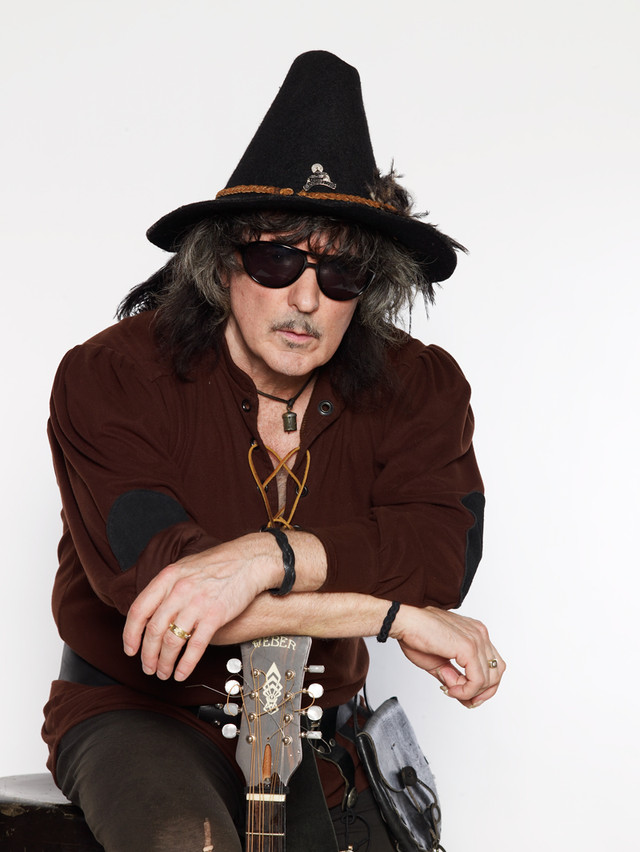 English guitar virtuoso, multi-instrumentalist, and songwriter Ritchie Blackmore is a principal architect of the early hard rock and heavy metal sound. A scholar of blues, heavy metal, progressive rock, folk, and classical, he is a longtime member of Deep Purple, the founder of Rainbow and Blackmore's Night, and is responsible for one of the most enduring riffs of all time, Deep Purple's "Smoke on the Water." With the latter group, he has recorded dozens of albums, including the classics Fireball (1971) and Machine Head (1972), and with the supergroup Rainbow (which also featured Ronnie James Dio for a time), he issued eight studio LPs and landed chart hits with "Since You've Been Gone" and "Stone Cold." In the late 1990s, he formed the Baroque, Celtic, and Renaissance music-inspired progressive folk group Blackmore's Night, and went on to release ten albums, with highlights arriving via 2001's Fires at Midnight and 2013's Dancer and the Moon. In 2016, Blackmore was inducted into the Rock & Roll Hall of Fame alongside his Deep Purple bandmates. Born in 1945 in Weston-super-Mare, Somerset, Richard Hugh Blackmore was given his first guitar at the age of 11 by his father. By the 1960s, he was working as a session musician for English record producer Joe Meek, in addition to being a member of the instrumental group the Outlaws and performing and recording with Glenda Collins, Heinz, Screaming Lord Sutch, and beat singer Neil Christian, among others. In 1968, he joined Deep Purple, who, along with Black Sabbath and Led Zeppelin, served as the vanguard of British heavy metal and hard rock in the 1970s. Blackmore participated in the most commercially successful iteration of the band alongside Ian Gillan and later David Coverdale (vocals), Jon Lord (keyboards, backing vocals), Roger Glover (bass), and Ian Paice (drums). His tenure ran until 1975 and yielded a slew of classic rock standards like "Smoke on the Water," "Highway Star," and "Woman from Tokyo," as well as eight studio albums, seven of which went gold. Blackmore left the fold in 1975 to record a solo album, but he decided instead to go the band route under the moniker Ritchie Blackmore's Rainbow. Enlisting the members of New York-based blues-rock ensemble Elf, who included powerhouse vocalist Ronnie James Dio, the group released their eponymous debut album later that year, which featured the iconic single "Man on the Silver Mountain," a track that would go on to become a staple of Dio's live shows for years to come. Subsequent outings would be issued under the truncated Rainbow, with Dio leaving the project in 1978 to forge a successful solo career. Blackmore continued to steer the Rainbow ship in a more commercial direction, with a succession of vocalists that included Graham Bonnet and Joe Lynn Turner, until the group disbanded in 1984. Shortly after the group's dissolution, Blackmore rejoined Deep Purple, with whom he would remain through multiple lineup changes and five studio albums -- Perfect Strangers (1984), The House of Blue Light (1987), Nobody's Perfect (1988), Slaves and Masters (1990), The Battle Rages On (1993) -- before leaving once again. He reformed Rainbow in 1994, this time with vocalist Doogie White, and released Stranger in Us All in 1995, but the band ceased operations two years later. In 1997, he co-founded the folk-rock group Blackmore's Night with girlfriend/vocalist Candice Night. The band's 1997 debut, Shadow of the Moon, was a largely acoustic affair (subsequent outings would integrate more electric guitar into the mix) that presented a mixture of originals and covers, and looked to medieval and Renaissance music for inspiration -- Blackmore once described the band's sound as "Mike Oldfield meets Enya." Blackmore and Night would eventually marry, and the project proved to be one his most enduring, yielding a string of well-received studio albums -- Under a Violet Moon (1999), Ghost of a Rose (2003), The Village Lanterne (2006), Secret Voyage (2008), Autumn Sky (2010), Dancer and the Moon (2013), All Our Yesterdays (2015) -- and even a collection of holiday songs, 2006's Winter Carols. Blackmore's work with Deep Purple was rewarded in 2016 when the band received induction into the Rock & Roll Hall of Fame. That same year, he instituted a new version of Rainbow featuring Ronnie Romero, Jens Johansson, David Keith, and Bob Nouveau, and they made a series of festival appearances that were later released as a concert LP called Memories in Rock: Live in Germany. The group performed three shows in the U.K. in 2017, resulting in the live album and film Memories in Rock II, which was released the following year. ~ James Christopher Monger, Rovi