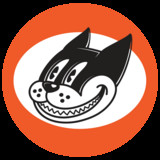 You could say the center of the musical universe was New Orleans in the in the late ’50s before it shifted to Memphis. And you wouldn’t get any argument from me. Hungry Williams was a NOLA drummer with an unforgettable name and a serious jones for the Mambo beat — that Spanish tinge of which Jelly Roll Morton spoke. Named for the man himself, the Milwaukee combo is piloted by second generation drummer John Carr and fronted by vocalist Kelli Gonzalez. The Hungry Williams take note of how important it is to make an audience want to move. They are not shy. Picking and choosing from the corner where Jazz and R&B met up, they take songs that both groove relentlessly on a dime and also look to run off the rails — then they let ‘er rip. This is no tear in your beer stuff. - Blaine Schultz, Milwaukee music journalist