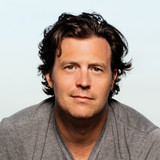 A country singer-songwriter with a midwestern rock flair, Clayton Anderson grew his grassroots fan following playing local bars and parties as a student at Indiana University. In 2008, he walked onstage at Kenny Chesney’s Next Big Star Battle in Cincinnati and walked off a winner. He released his debut album, Torn Jeans & Tailgates, in 2011, followed by Right Where I Belong (2014) and Only to Borrow (2016). When his non-stop touring schedule (which had him opening for Eric Church, Blake Shelton, Jason Aldean, Jimmy Buffett, Thomas Rhett, Lee Brice, and Carly Pearce) was halted by the COVID-19 pandemic, Anderson got creative by partnering with the Bud Light Dive Bar Tour: Home Edition and launching a socially-distanced “Lake Tour” concerts. Anderson has been hard at work in the studio this year with hit making producers Brandon Hood and Dave Aude. The uptempo summer love song “Only Us” was produced by Aude´ and will accompany Anderson’s Summer Tour that includes his fan favorite Lake Tour concerts, as well as traditional venues, with more dates being added this fall.