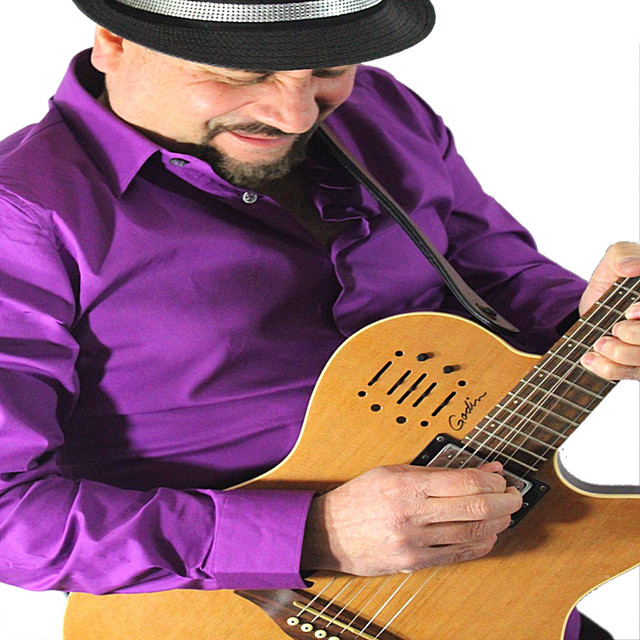 solo project began in 2010 after the permanent hiatus of his Jazz Rock Fusion group Rare Blend. Reinventing his sound and brand, Victor switched from electric to acoustic guitar and this time called upon his Latin roots but kept his fusion sensibilities by incorporating the fundamentals of Jazz and Rock. He also added looping technology to his gear expanding writing and soloing ideas. Fresh and contemporary, Victor performs year round and continues to appeal to listeners of world fusion music. Some of Victor's guitar influences are Carlos Santana, Jeff Beck, Ottmar Liebert, Craig Chaquico, Jesse Cook, Phil Keaggy, Jose Feliciano, David Gilmour, and others..... Primarily an electric guitar player embracing all genres of music, Vic wanted to put his own stamp on original instrumental music through acoustic guitar. Drawing on his Latin roots, Vic fuses Latin groove, Jazz stylings, and Rock edge that defines a sound all his own and is releasing a fresh set of originals on his new CD-Esperanza. Since 2010, this new adventure for the guitar vet has produced a self-titled CD ( Victor Samalot - 2011), and his new release entitled "Esperanza" (2017). Working year round with an ever increasing gig schedule, Vic's take on his brand of world fusion compliments both public and private performances. He also includes looping technology during his sets adding another dimension in spontaneous improvisation and presentation.