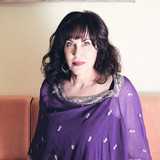 With her new Change in the Weather: Janiva Magness Sings John Fogerty, the Grammy-nominated artist is at the nexus of re-invention and tradition. The album, which will be released by Blue Élan Records on September 13, reframes 12 songs curated from the Creedence Clearwater Revival leader’s catalog in Magness’ soaring, soul-centered style. It also places her within the lineage of classic singers who have made albums devoted to exploring the work of a single writer within the Great American Songbook—a process that has yielded such historic recordings as Sarah Vaughan Sings George Gershwin and Ella Fitzgerald Sings the Cole Porter Songbook. That comparison may sound like hyperbole until you hear how creatively Magness, who collaborated with Grammy-nominated producer Dave Darling to make the album, explores these songs, from the familiar Creedence hits “Lodi” and “Bad Moon Rising” to numbers from Fogerty's solo career, like the title cut and “Don’t You Wish It Was True,” which appears here as a duet with triple-Grammy-winner and icon Taj Mahal. And, of course, Fogerty’s work is timeless. His songs have been part of the soundtrack of the lives of multiple generations, cutting a broad swath through rock, blues, and country, and trailblazing the eclectic, roots-based Americana genre. “One of the things I love about this album is that people already connect with so many of these songs,” Magness observes.

"And for me, connecting with people is one of the reasons I love to sing.