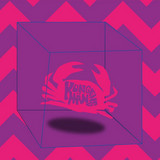 Kungens Män started out in 2012 in Stockholm, Sweden, when a bunch of good friends decided to bring some instruments when hanging out. The random jam sessions became more and more regular and soon Kungens Män started recording it all, completely unfiltered and without safety nets. The music soon found its way to the internet and people seemed to like it. From the debut and onwards, every show has been a different story. Always new sounds and improvisations, different guest musicians, different happenings. Kungens Män are rooted in the psychedelic/drone rock tradition of bands such as Träd Gräs Och Stenar, but also add influences from krautrock, shoegaze, noiserock and free jazz. The first vinyl-LP Förnekaren was released by the German label Adansonia Records in 2015, and the second double-LP Stockholm Maraton

followed in September 2016. In August 2017 Dag & Natt was released, and in 2018 Fuzz På Svenska, both double albums on Adansonia Records. Their first release on British label Riot Season was Chef in 2019, followed by Hårt Som Ben later that same year. In 2020 they returned to the double album format with Trappmusik.