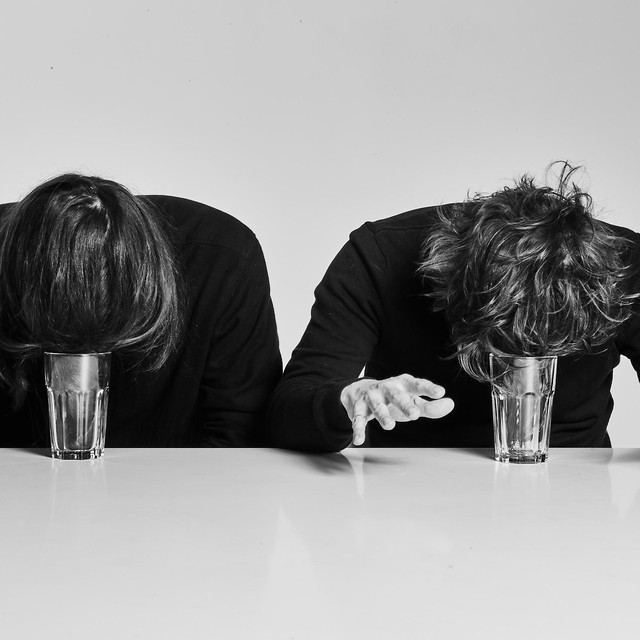 Pet Deaths is the London-based duo Graeme Martin and Liam Karima, who blend enchanting, ethereal concepts with poetic meter and hypnotic melodies to form melancholic, celestial folk. Having both moved to London in 2017, the duo formed following a chance encounter in Ladbroke Grove. Feeling equally cellophane new in the capital's concrete fast lane, they agreed to meet regularly. Their subsequent writing and drinking sessions became a Zen-like philosophy by which to navigate their new homes, spending gloomy November evenings on their rain-soaked Ballardian balcony, experimenting with loops, drones and poetry. Debut album was released in August 2019, produced by Ian Davenport (Slowdive/Gaz Coombes/Philip Selway) over various long weekend sessions in Radiohead's Oxfordshire base Courtyard Studios, they were locked in at several points throughout the year, with no outside contact and an obsessive focus on what they were creating. The year saw them tour with Elbow in Europe and a headline show at the Iconic Southbank Centre in what was their most emphatic and poignant show to date.   “Beautiful, understated and special” – Huw Stephens, BBC Radio 1 “So beautiful, ethereal, wonderfully wistful” - Chris Hawkins, BBC 6 Music “Pet Deaths’ natural evolution is one worth studying” – DIY “Pet Deaths’ celestial folk is truly absorbing” – CLASH "The Most Miraculous thing" - Guy Garvey