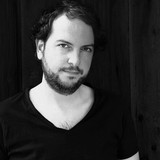 Beginning in the 90s as a clubber frst, Madloch has hewn a considerable career in Dance Music. As a DJ travelling the World he has honed his skills and can easily move the crowds at any time of the night transitioning easily between styles and genres. Realising quickly that the music industry was changing, Madloch began to make his own music, frstly as half of Mitinique and later as a solo artist. He also began a record label to showcase some of the music he was receiving on a weekly basis. That label, Sound Avenue, was the real catalyst in his career and from it came a globally-enjoyed radio show on Proton and two sub-labels, 3rd Avenue and Crossfade Sounds. Still managing to release tracks of his own as well as remixes for the best producers in the scene, Madloch is only now reaching his potential. And there’s plenty more to come.