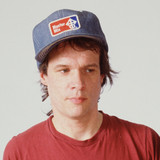 Arthur Russell was a formally trained cellist and composer with a background in Indian classical music, and a resume highlighted by collaborations with Allen Ginsberg and Philip Glass. His involvement in Manhattan's downtown performance scene of the '70s resulted in a long running association with the Kitchen. The same Arthur Russell was also a quirky songwriter, a producer of one-shot disco singles, a founding partner of seminal hip-hop/dance label Sleeping Bag, and a principle designer of the dubby, underground club sound that bridged the gap between the disco era and the first stirrings of house and garage music. Yet, despite a career that seemed contradictory on the surface, he produced a body of work notable for its focus, integrity, and singularity. Russell and his cello moved from Iowa to San Francisco in the early '70s, where he studied at a school founded by Hindustani (North Indian) music master Ali Akbar Khan. It was during this West Coast period that he began his association with Ginsberg by providing musical accompaniment for many of the poet's performances. Russell moved to New York in the mid '70s, where he collaborated in the Flying Hearts, a rock project that involved the likes of David Byrne, Rhys Chatham and Peter Gordon. In 1979, Russell produced "Kiss Me Again," the first disco single for Sire records, and made his reputation as a dance music producer with Loose Joint's "Is It All Over My Face" for West End. The club mix of this single was one of the earliest efforts by Paradise Garage DJ Larry Levan, and qualifies without doubt as a prototype of what came to be known as the Garage sound. In 1982, under the name Dinosaur L, Russell released 24-24 Music on his own Sleeping Bag label. The 12" single from this album, a Francois Kevorkian remix of "Go Bang," epitomized the loose, jazzy, somewhat minimalist underground sound that would inform Chicago house. Though the record was not a huge dancefloor smash, it was an influential turntable hit, finding its way into many radio mixes and supplying the identifying sample for Todd Terry's "Bango." In 1983, Russell released a portion of a larger instrumental composition as the Tower of Meaning LP, as well as another Loose Joints single. His 1986 World of Echo was a one-man-show of quietist original songs in a solo cello and vocal format that seemed designed to be overheard. World of Echo embodies the link between the two sides of Russell's output. The unusually percussive cello accompaniment evident on the album versions of "Wax the Van," "Let's Go Swimming" and "Treehouse" could be preliminary sketches for the keyboard and drum versions of those tunes that appeared on Russell produced 12" singles. Though World of Echo received a favorable critical reception in the U.K. music press, Russell remained relatively obscure throughout his life, which was ended by AIDS in 1992. In 1994, a retrospective of previously unissued material was released as Another Thought.