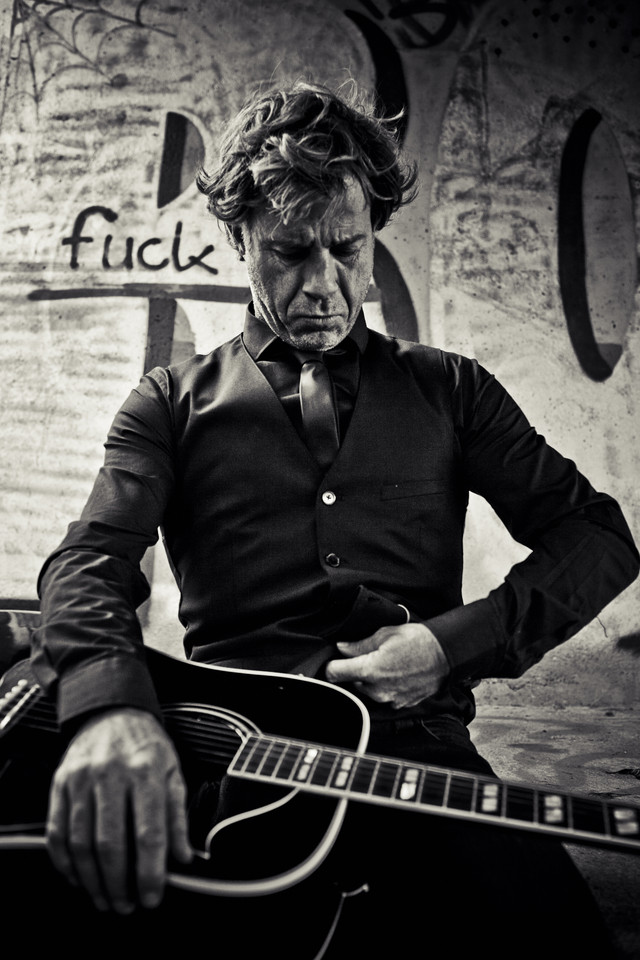 The Dutchman JW Roy has been around for over twenty years now. He got seriously addicted to music while he was at work in his dad’s butchers shop down south in the Netherlands. On the radio, he overheard Texan singer-songwriter Guy Clark. It would take years before he became a professional musician. ‘Talent alone is not enough,’ recalls JW Roy. ‘I wanted this so badly and I never gave up.’ His favourite singer-songwriter albums are still: Old No. 1 by Guy Clark, John Hiatt ‘s Stolen Moments and EVERYTHING by Townes van Zandt. And you can clearly hear his roots. Don’t say the man didn’t go to high school. The three months he stayed in Austin Texas in the nineties served as the jewel on the crown of his self-education, as he went to a gig every night. Over the last 20 years JW Roy released eleven full length album and wrote at least as an equal amount of songs with and for others, leaving him a legacy of hundreds of songs, several music prices and five number 1 hit songs in The Netherlands. It suits him all, but he’s a full-blooded Americana man above all. His last two albums, Dry Goods &amp; Groceries (2015) and A Room Full Of Strangers (2017) are the most significant evidence. JW Roy just loves to write songs. ‘To sit down with an empty sheet of paper in the morning and have a proper song in the evening, still makes me feel so intensely happy.’ You can tell he means it. He wants to be able to feel his own music and almost live in it.