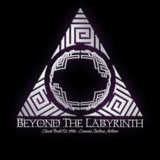 Featuring Beyond The Labyrinth

A group of accomplished rock musicians with various backgrounds ranging from mainstream, A.O.R and progressive rock, Beyond The Labyrinth (BTL) must be the only band in the world that tries to combine the song writing of Abba, the crunch of AC/DC and the orchestration from movie sound tracks into one... Up to now, BTL have released 4 albums and multiple singles, E.P.'s and video clips. They have played opening shows and festivals with both famous bands in the style like Uriah Heep, Doro, Jon Oliva’s Pain, Threshold, Riverside, Pagan’s Mind (and more) as well as local mainstream bands like De Kreuners &The Magical Flying Thunderbirds. In 2012, they represented Belgium at the Global Battle Of The Bands World Final in London. Mission Statement : To help make this world a better place by creating and spreading music that helps people find strength, that gives people hope, that soothes and comforts people, that makes people dream away, that elevates people, that inspires.