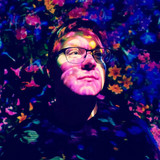 Chime is music producer and DJ Harvey Goldfinch from Leeds, England producing electronic music since 2010 under numerous aliases. With a unique style aiming to combine melodic and heavy elements into a concoction he calls “colour bass” and influence from his deep love for video games and their soundtracks, Chime has been hitting the bass scene hard with a slew of major releases since the alias’s debut in 2015. Chime also owns his own label "Rushdown" releasing music from the colourful underground of the dubstep world with the intention of changing the scene for the better.