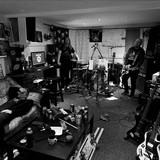 PLANET TRASH have been around since 1994. Sometimes we play a lot. Sometimes we don´t. Over the years there´s been some line up changes. During the nineties the band only played around Sweden, but since then we´ve played/been touring in Norway, Denmark, Germany, France, Poland and so on…During the years we´ve shared stage with such bands as M.D.C. Disorder, Oneway System, The Varukers, Disfear, Uncurbed, Wolfpack, G.B.H. and loads of other bands. We have absolutely no plans to slow down. Planet Trash: Wille: Vocals / guitar Myran: Bass / vocals Pontus: Drums Daniel: Guitar / vocals