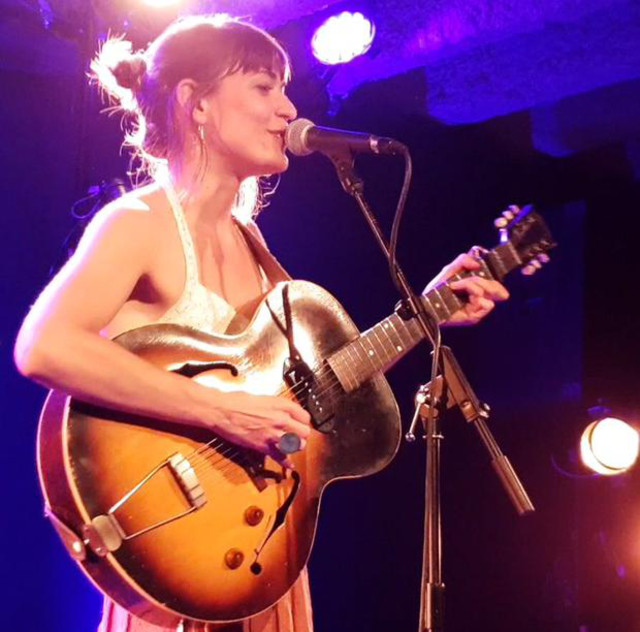 In her unassuming yet beguiling way, Amber Rubarth draws you into a world where wonder and high-minded concepts weave into a poetic tapestry, a world where space and time can come screeching to a halt with “songs so strong they sound like classics” (Acoustic Guitar). She has toured from South Africa to Japan, all across Europe and even Carnegie Hall, sharing stages with such greats as Emmylou Harris, Kenny Loggins, Richie Havens, Dr. Ralph Stanley, and Jason Mraz, and is Grand Prize winner of NPR Mountain Stage song contest.   Rubarth's newest album 'Wildflowers in the Graveyard' explores life, death and renewal in nature and relationships. All songs are self-penned and recorded to 2" tape with Matt Andrews (Gillian Welch, Dave Rawlings) in Nashville. The album's nuances reveal with the elegance of a wildflower.  Rubarth made her acting debut starring in the feature film ‘American Folk’ alongside folk artist Joe Purdy. The film won various festivals and was released in theaters early 2019, with a soundtrack featuring John Prine, Jerry Garcia & David Grisman

(Thirty Tigers). Rubarth has scored and composed for many films including Sundance Festival winner 'Joan Rivers: A Piece of Work' (with Paul Brill) and the award-winning documentary ‘Desert Runners.' She is also co-founder of Brooklyn indie band The Paper Raincoat which is currently being turned into a musical, and UK-based harmony folk-trio Applewood Road, whose debut album was named The Telegraph's Best Albums of 2016.