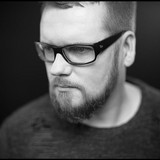 After moving to Berlin in the early '90s and discovering techno, producer Alexander Kowalski became affiliated with the Tresor collective before going on to release solo work for Heiko Laux's Kanzleramt label. His early productions for Tresor in 1999 as DisX3 and Double X garnered substantial praise for the young producer, as did subsequent productions for Sender Berlin's unGleich label. That same year, he began producing tracks for Kanzleramt under his own name, beginning with the Live EP, which showcased his proficiency as a live performer. A year later in 2001, Kowalski performed live at the famed Sonar festival and Kanzleramt released his first full-length release, Echoes. Another full-length followed in 2002 for Kanzleramt, Progress, which had been preceded by an EP of the same name. ~ Jason Birchmeier, Rovi