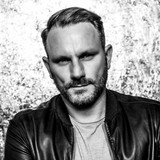 DJ, Grammy-nominated producer and label owner Mark Knight is one of the most celebrated electronic artists of his generation with an impressive 120 Million + global streams to his name. His career has spanned close to two decades, with releases on a diverse range of world-leading labels such as Sony, Warner & Ministry of Sound, through to cool independents such as Cooking Vinyl, BBE, Elrow and of course Toolroom. Armed with a musical library that knows no boundaries and a consistent run of chart-topping hits, the success of Mark Knight’s recording career is matched only by the credibility and integrity maintained throughout his discography to date. Anthems such as ‘Man With The Red Face,’ ‘Alright’ & ‘Downpipe’ and working closely alongside bands such as Faithless, Underworld & Florence & The Machine have sealed a diverse musical heritage for the accomplished producer. Aside from his industry-leading production work on the underground dance scene he has also written and produced music for a range of global superstars including Calvin Harris, Black Eyed Peas, Dido, David Guetta, J Lo, Flo Rider, Icona Pop and more. Mark Knight also continues to grow across international radio with Toolroom Radio now reaching over 15 million people in 60 countries across the world each and every week. 2020 is set to highlight Mark Knight’s more soulful house roots and follows his desire to create timeless dance records that stand the test of time. Listen to Toolroom Tech House now!