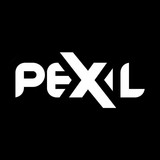 Pex L is a quickly rising electronic music producer, DJ, and ghost producer originating from Tenerife, Spain. The now twenty-four-year-old artist started producing at the young age of twelve. Ever since Pex L has developed his style and sound to what is now festival-rattling anthems. Supported by the likes of Knife Party, Don Diablo, David Guetta, Yves V, Mike Williams, Armin van Buuren, and Flux Pavilion, Pex L seeks to grow his sound even more and connect with listeners around the globe. Moreover, Pex L has released music with industry giants Armada Music, Playbox, Circus Records, Digital Empire, and Loca Recordings. His music has been played at marquee festivals such as Ultra Music Festival, Tomorrowland, and EDC. Recently, Pex L teamed up with world-renowned artist Morgan Page to deliver “Gone My Way” which was sponsored by Nike. With an endless amount of accolades and millions of streams, Pex L is the next electronic dance music giant in the making. His infectious, bouncy, melodic, and anthemic sound will have any listener dancing. Pex L is an artist to keep an eye on and ear out for as he is set to continue with his meteoric rise.