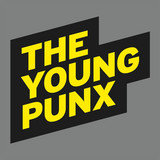 “The Young Punx are credible dance music provocateurs in the manner of the KLF” – Billboard. The Young Punx is the mashed up electronica side project of multi-Grammy-winning multi-platinum dance producer Hal Ritson who has worked on about a 1000 other tracks that you have actually heard of. Born in 2003 out of London’s vibrant underground mashup, bootleg and breakbeat scenes The Young Punx continue to celebrate and subvert the dance music form in their own world where the norms of house, jungle, hip hop and breaks are disrupted by a seemingly random sound-clash of genre mashes and pop culture incursions. The Young Punx have always been running the opposite direction in a parallel universe where an electro house track can feature both a rap made from the shipping forecast and a shred metal guitar solo (Rockall); a disco house remix of an annoying TV advert can end up 25 to 1 for Christmas number one (Got Your Number), an internet collab with one of the world’s leading indie rappers can create the boxing anthem for a generation (Ready For The Fight), they can join forces with Amanda Palmer and Peaches for an ode to female body hair (Map Of Tasmania); or throwaway tracks can sit side by side with a deeply moving 15 minute exploration of the ennui of loss and the passage of time (All These Things Are Gone). The Young Punx make no sense at all and are pretty much cool with that. Their 4th artist album "Hollywood Kiss" was released valentine's day 2021.