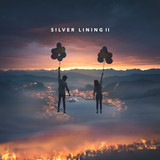 With a style influenced as much by John Mayer as Macklemore, singer Jake Miller emerged while still a student at the University of Miami. Miller got his start in high school, posting videos online from his Weston, FL home. In 2011, he self-released his debut EP, Summer Session, and performed his first live gig, opening for Snoop Dogg, and from there he released an EP per year.

His second EP, Spotlight, arrived in 2012. He signed a deal with E1 Music in 2013 & released the Road Less Traveled EP & his debut LP, Us Against Them.