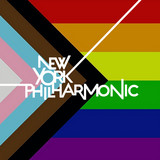 The New York Philharmonic plays a leading cultural role in New York City, the United States, and the world. Each season the Philharmonic connects with up to 50 million music lovers through live concerts in New York City and on its worldwide tours and residencies; digital recording series; international broadcasts; education programs; and the New York Philharmonic Leon Levy Digital Archives. The Philharmonic has commissioned and / or premiered works by leading composers from every era since its founding in 1842 — including Dvořák’s New World Symphony, John Adams’s Pulitzer Prize–winning On the Transmigration of Souls, dedicated to the victims of 9/11, Esa-Pekka Salonen’s Piano Concerto, and Wynton Marsalis’s The Jungle (Symphony No. 4). A resource for its community and the world, the Philharmonic complements its annual free citywide Concerts in the Parks, Presented by Didi and Oscar Schafer, with Philharmonic Free Fridays, its famed Young People’s Concerts, and the New York Philharmonic Global Academy. The oldest American symphony orchestra and one of the oldest in the world, the New York Philharmonic has made more than 2,000 recordings since 1917 and produced its first-ever Facebook Live concert broadcast in 2016. Jaap van Zweden will become Music Director in 2018–19, succeeding musical leaders including Alan Gilbert, Maazel, Masur, Zubin Mehta, Boulez, Bernstein, Toscanini, and Mahler.