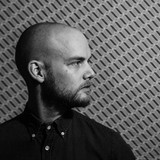 Maarten Hogenhuis (1986) is one of Holland's leading young saxophonists. He is a member of the exhilarating powerjazzgroup BRUUT!, the two-drummer band Krupa & The Genes and leads the Maarten Hogenhuis Trio. He was also a member of The More Socially Relevant Jazz Music Ensemble (led by Reinier Baas) and is a much sought-after sideman, which resulted in the collaboration with a wide variety of artists such as Pete Philly & Perquisite, The Four Tops, The Temptations, New Cool Collective Bigband, Ben van Gelder, Benjamin Herman, Jesse van Ruller, Joris Roelofs, Anton Goudsmit and many others. In 2013 Maarten won the prestigious Keep an Eye International Jazz Award with his Maarten Hogenhuis Trio (Best Soloist and Best Band). In 2014, he was granted the Laren Singer Jazz Award, as well as the Conservatorium Talent Award. After the release of his debut album '4/3' in 2014, Maarten released his highly anticipated second album 'mimicry' as a bandleader in January 2017. The album was very well-received by the press. On May 1st 2019, his latest trio album 'Rise & Fall' will be released.