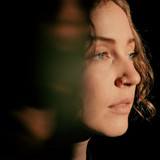 Sam Lynch is a Vancouver based singer-songwriter and musician, who makes wallflower hush-rock songs that will stare you down and slow your breathing. Since the release of her 2017 single “Mess You Made” and 2018 EP “Light and Lines”, Lynch has been gathering a dedicated audience by way of confessional songwriting and emotionally evocative live performances. After a busy couple years of touring—opening for Andy Shauf, Noah Gundersen, Alice Phoebe Lou, Mother Mother, and more—Lynch partnered with Montreal-based producer Samuel Woywitka to begin work on her first full-length studio record.

Little Disappearance is Sam Lynch’s debut studio album, released October 2020 on Winnipeg label Birthday Cake. Featuring the work of some of North America’s most brilliant creatives—Dylan Phillips and Isaac Symonds (Half Moon Run), Leif Vollebekk, Robbie Lackritz (Feist, Bahamas), amongst many others—the collection of songs paints a lush sonic landscape where self-reflective lyrics and cathartic musical flourishes collide. On Little Disappearance, Lynch oscillates between universality and specificity, while making peace with the impermanent nature of life—she sings on "Keeping Time": "I know the moon isn’t there for me to hold on to". The act of disappearing is often equated with vanishing, yet Lynch views it as a process of making space—particularly regarding this record, which she says holds “dissolving resentment, a fading memory, a changing reflection; a little disappearance."