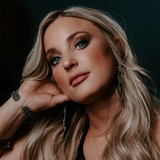 Growing up on her family’s seventh-generation grain and cattle ranch in California, singer/songwriter, Callie Twisselman, has country living infused in every fiber of her being. With heartfelt and honest lyrics and a unique sound, Twisselman is set to light the country music world on fire. Life on the ranch taught Twisselman the value of hard work – up before dawn to feed the cattle, cleaning out stalls, and learning to calf rope and ride horses for competitive local rodeos, all provided her with the fortitude and fierce determination it takes to make it in the music industry. Her mother was her first influence in the world of music, performing in a local touring country band. And at the young age of 10 years old, Twisselman was hooked on country music and knew exactly what she wanted to do with her life. She sang her first national anthem at a local fair opening for Bonnie Raitt, and began singing and performing whenever and wherever she had the chance. After years of performing, realizing her love for songwriting and touring with her own band,

she decided it was time to make the move to Nashville. She was introduced to the highly accredited manager for Dolly Parton, Danny Nozell. And under his guidance Twisselman signed her first publishing deal within a year and a half. Currently, she is gearing up for the release of all new music, working with Grammy Award-Winning producer, Aaron Pearce!