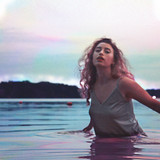 Rachel Norman is soulful pop songstress based in NYC. She released her debut EP Resist in 2019 to critical acclaim, described by Take Effect Reviews as “a grand introduction to the world." Rachel is well known for her talents as a vocalist, described by Thinking Lyrically as having “a tone that strikes you from the moment you hear it. [She] is clearly a born singer. A chocolatey tone, smooth to the ear, Norman makes songs that really accentuate her incredible voice.” Her style has been compared to Tori Kelly and Ariana Grande, using electronic-organic production to create a contemporary, live sound. Rachel's vocals are thoughtful, natural, and known for dynamic range and smooth stacking harmonies. Rachel Norman is also an actor who has been seen on NYC stages and beyond.