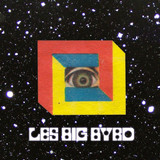 Formed by a duo with deep roots in the Swedish indie rock scene, Les Big Byrd played an expansive style of indie rock that leaned on psychedelic influences on the 2014 debut album They Worshipped Cats, while 2018's Iran Iraq Ikea welcomed synths and Krautrock to their sound. The band was formed in Stockholm, Sweden around 2011 by Joakim Åhlund and Frans Johansson. Two stalwarts of the Swedish underground music scene, Åhlund was formerly in garage-flavored act the Caesars, played in Smile with Bjorn Yttling, and co-founded the more electronic project Teddybears. Johansson played bass in the dark indie rock band Fireside, who were signed for a time to Def American. After the dissolution of both of their bands, the two bonded over a love of experimental rock sounds, forming Les Big Byrd with keyboardist Martin "Konie" Ehrencrona and Caesars drummer Nino Keller on hand to round out the sound. The band began jamming and cultivating ideas, quickly recording and self-releasing the single "Zig-Smile" in 2011. A chance encounter at a record store between the Les Big Byrd folks and a visiting Anton Newcombe (on tour with Brian Jonestown Massacre) resulted in a lengthy conversation about music, which led to Newcombe inviting the band to his Berlin studios for a few days of jamming. The recordings made there resulted in the band's 2014 album They Worshipped Cats, which Newcombe issued on his A Records label. A vinyl-only companion piece, the Back to Bagarmossen 10", was released around the same time. When the duo began work on their next album, they sought out a producer, since handling that task while also trying to make the music was too much for Åhlund to handle. They chose Pete Kember (aka Sonic Boom) and began working in Stockholm. Newcombe also showed up to the sessions and it turned out he and Kember had very different production ideas. Their disagreements forced Åhlund to take on more responsibility, which was exactly the opposite of their plan. Understandably, the band grew frustrated with the situation and decided to pull the plug on the sessions. After some time away, the duo started work on the album again in 2017, this time taking control themselves. The resulting Iran Iraq IKEA was released in late 2018 by Stockholm label PNKSLM. The title came from political graffiti they had seen in Germany and featured a sleeker, more ambitious sound that used more synths and at times verged on stadium indie. ~ Fred Thomas & Tim Sendra, Rovi