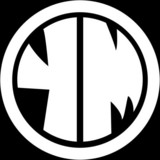 Hailing from Pleasanton, California, Your Mother formed in 1990, before most of the band members had driver’s licenses. The band shamelessly combined punk, thrash, metal, Weird Al songs, and fart jokes into a whirlwind of stupidity that was best experienced by other 14 to 19-year-old suburban outcasts. Initially influenced by bands like Descendents, D.R.I., D.I., The Dead Milkmen, and other bands that start with the letter D, they expanded their sound to include all letters of the alphabet over the next ten years (except “U”, obviously). Their first full-length album, One Big Inside Joke, released in 1995, was a bloated, confusing, and debatedly genius 74-minute collection of spastic outbursts, Slayer covers, and inside jokes. The band, now mostly out of high school, set sail on several failed tours across North America, Hawaii, Australia, New Zealand, and even Israel before calling it quits in 2000. During that time they recorded and released several vinyl-only releases, which were compiled on the digital-only release One Big Disappointment in 2011. 2020 Marks the 25 year anniversary of One Big Inside Joke, so the band decided to re-release the album on cassette in Malaysia (no, really) and make a shortened, copyright-violation-free version available on streaming platforms. Members of Your Mother are spread across the globe (California, Oregon, Hawaii, Germany, Portugal) and still make music as The Love Songs, Scheisse Minnelli, El Sancho and Joseph Demaree.