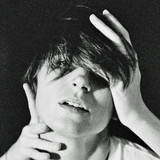 Wolf Bay is the birth of multi-instrumentalist, producer, and song-writer, Dean Passarella. He captures vulnerability and delivers it with smooth, sultry vocals layered over a bed of deep melodic grooves. Dean sings from the depths and tells stories with raw honesty and passion.   Dean grew up in a musical household before cutting his teeth as a session player in Nashville, TN. In 2014, he made the pilgrimage out west to branch out of the blues/country world and explore his own sonic soundscape. Prior to releasing Wolf Bay, Dean was writing and touring with several successful LA based acts while he prepped for the launch of his solo project.   During the bulk of Dean's musical career, he had a secret that drastically impacted his musical direction. It kept him silent for a long time. "I was struggling to hide the fact that I was transgender, so my solo music also remained tucked away from the public eye. I finally had the courage to come out in 2018 and released my first debut single, Under The Moon, around the same time."   Accepting himself allowed Dean to stand on a platform that was authentically his. It gave him a foundation to finally share the music that he had kept so close to his heart. Now, with nothing to hold him back and nothing to hide, Wolf Bay is celebrating the release of his second single, "Shakin' You Off".   www.wolfbaymusic.com