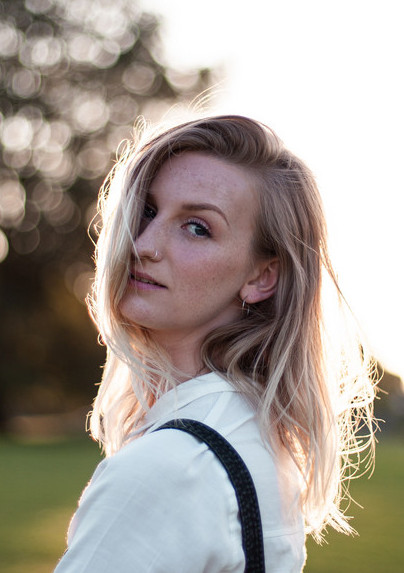 From her very first live show in 2018, to performing to millions on BBC One, headlining the O2 Academy Bristol and being handpicked by Michael Eavis to play Glastonbury 2019, Chrissie began making huge waves on the live music scene… and most importantly: without a single anxiety attack.   In 2017, Chrissie developed a debilitating anxiety, preventing her from going to work or leaving the house. In pursuit of healing, catharsis and expression, Chrissie turned to music. Leaving everything else behind, Chrissie headed to Bristol and immerse herself in music, full-time.   Subsequently, Chrissie became dedicated to using her music to support others who may be struggling. In 2018, she launched a mental health awareness campaign #LetsTalkAboutIt, raising over £500 for ‘Mind- Mental Health Charity’. Since, Chrissie has continued her support by donating £1 of every merchandise sale to the charity. Her advocacy even gained her an invite to perform her own music at the UK House of Commons in 2019.   Whilst it was clear that music was the ultimate remedy for Chrissie, this whirlwind journey came to a halt when the pandemic hit. Losing the momentum she had been gaining on the live music circuit, Chrissie used the time granted by national lockdowns to her advantage, by equipping herself with a brand new body of work to return to the stage with in 2021.   For now though, Chrissie's musical mission is simple: to make life just a little peachier.   www.chrissiehuntley.com