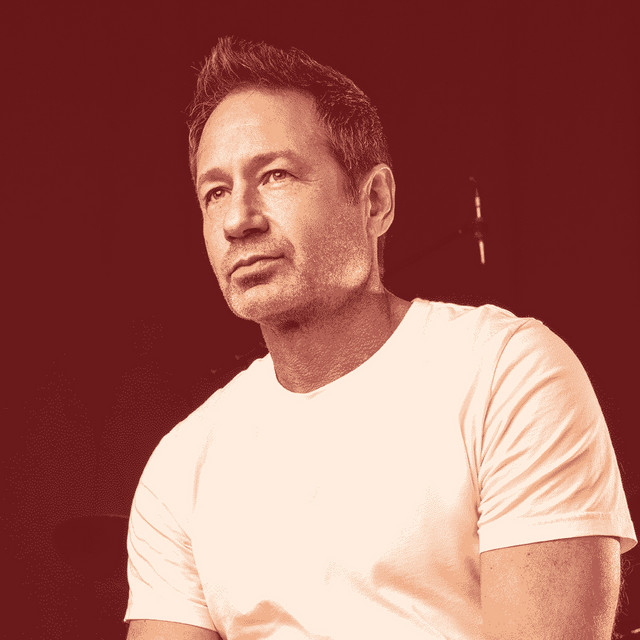 Born and raised in New York City David Duchovny earned an A.B. in English literature from Princeton University, and an ABD in English literature from Yale University. He was on the road to earning his Ph.D. when his interest in playwriting led him to acting. Subsequently, he emerged to become one of the most highly acclaimed actors in Hollywood. Globally known for his roles in the Fox Television’s monster hit The X-Files and Showtime's Californication, David has made his way into our pop culture lexicon. David Duchovny remains the only actor to have won a Golden Globe for Best Actor in a Television series in both the Comedy and Drama categories. David Duchovny has completed two studio albums, Hell or Highwater (2015) and Every Third Thought (2018), and his third album is slated for release in summer 2021. He has toured the US, Europe, New Zealand, and Australia. Additionally, David Duchovny has published four novels, Holy Cow: A Modern-Day Dairy Tale (2015), Bucky F*cking Dent (2016), Miss Subways (2018) and Truly Like Lightning (2021). His first novel Holy Cow: A Modern-Day Dairy Tale was released by Farrar Straus and Giroux in February 2015 and hit the New York Times Best Sellers’ list.