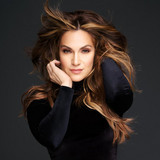 Shoshana Bean’s 4 independent solo releases have all topped the iTunes R&B, Jazz and Blues charts in the US and UK in peak positions including #1, with her latest release Spectrum debuting at #1 on two Billboard Jazz charts.

She has sold out solo concerts around the globe, lent her voice to countless films and television shows, amassed millions of views on YouTube, toured with Postmodern Jukebox, performed alongside Brian McKnight, Bebe Winans, David Foster, Ariana Grande and sang back up for Michael Jackson at his 30th anniversary concert at Madison Square Garden. Shoshana arranged vocals for Jennifer Lopez American Idol performance of “I Luh Ya Papi" and her music has been featured in television shows on NBC, FOX, MTV, Oxygen, Bravo and Showtime.