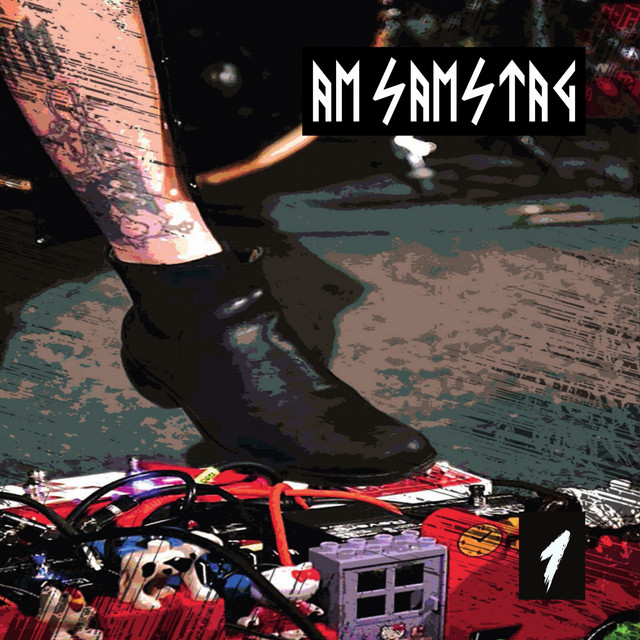 Hailing from the land of chocolate, Am Samstag (which means “on Saturday” in German) is a Swiss rock band formed in Lausanne, in 2018. Comprising of singer/guitarist Gabriela Varela, bassist Stéphane Grand and drummer Baptiste Maier, the name of the group comes from the fact that Gabriela recorded what would become their first EP on a Saturday. Mainly inspired by the bands that shaped the “Seattle Sound” in the late ’80s, as well as punk and some metal music, the trio plays a muddy grunge with pop-like melodies accentuated by heavy riffs and a fierce attitude on stage. In September 2018 Am Samstag entered Relief Studio in Fribourg (CH) to record their debut EP “1”. Released in February 2019 on the band’s own label, the EP was mixed by Jack Endino and mastered by Chris Hanzsek. The band began a small tour in 2019, including performances in Switzerland, France and the United States. The tour was extended in 2020 for another 30 shows across Europe, but was canceled due to the COVID-19 pandemic. In early 2020, Am Samstag returned to Soundhouse Recording to record a new album with Jack Endino. Melding melodic and heavy elements, ranging from slow and dissonant riffs to adrenaline-filled tempos, the release will definitely showcase the beauty of minimalism and the band’s ability to establish themselves as a leading force in the Swiss rock scene.