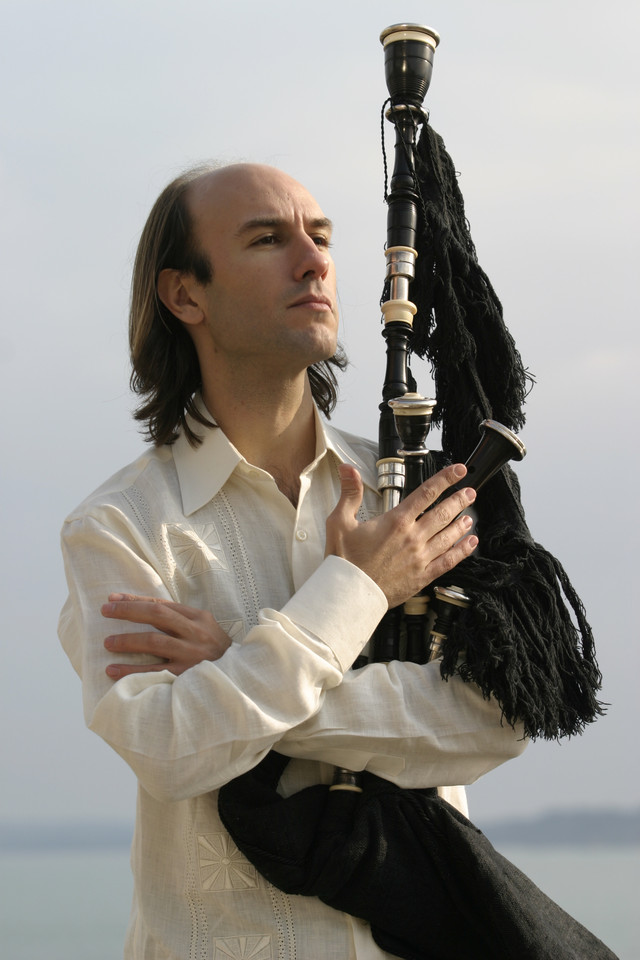 Carlos Nuñez is the poster boy of Galician music, but it's a title he has earned by both talent and hard work. With chops like Hendrix on the local bagpipes (called gaita), but a penchant for researching the tradition and its origins, he has become one of Spain's most recognizable musicians and a major force behind the reconstruction of the Galician musical tradition. Northern Spain has always been as much a part of the Celtic world as a Romance country, with strong ties to both Ireland and Scotland, and it was those Nuñez has explored, as well as other strands which have taken his music through flamenco and even into North Africa and the Middle East. Under the dictatorial Franco regime, regional music in Spain was suppressed, with flamenco -- actually an import -- becoming the national sound. As a student of Baroque music at the Madrid Conservatory, Nuñez helped investigate and revitalize a great deal of what had been lost. But even before that, he'd become something of a musical force, having begun learning the pipes at age eight and performing soon after, actually having his first international date when he was 13 at the Lorient Celtic Festival in France, where he met Paddy Moloney of the Chieftains and suggested the band make an album of Galician music. At 15, he recorded for the first time, and three years later he was guesting with the Chieftains on the soundtrack Treasure Island, one of the first discs to mix Irish and Galician music. From there he seemed to become an extra Chieftain, touring with them around the world and recording, before undertaking his solo debut, Brotherhood of Stars. Given the number of guests, the record was very aptly named -- over 50 artists lent their talents to the project, including the Chieftains, Sinead O'Connor, Cuba's Vieja Trova Santiguera, and Ry Cooder. The album was a major breakthrough for Galician music, bringing it into the national spotlight, and becoming the first Celtic album ever to go platinum in Spain. After touring in support of the record, Nuñez took time off to research the connections between his native Galicia and the music of the south and east, which led to Os Amores Libres in 2000, another star-studded disc -- over 80 guests this time around, from Jackson Browne to WaterboyMike Scott, and inevitably, the odd Chieftain -- which took his sound in an entirely new direction, opening up fresh landscapes for Galician music and keeping him ahead of a pack which was growing behind him, while showing that he was more than just a remarkable instrumentalist, but also a serious scholar of the genre. ~ Chris Nickson, Rovi