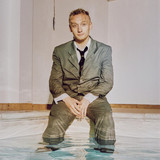 Noted for throaty, yearning vocals that accompany his swimmy indie soul-pop, Yellow Days is the performance alias of British musician George van den Broek. After some early releases during his teenage years, he began to gain traction with 2017's full-length Is Everything Okay in Your World? Switching locales to Los Angeles, his follow-up, A Day in a Yellow Beat appeared in 2020. Born in Manchester, England, and raised in Haselmere, van den Broek's musical endeavors began when he got a guitar for Christmas at the age of 11. With influences that include Ray Charles, Mac DeMarco, and Thundercat, he started releasing stand-alone singles as a teen in late 2015. His debut EP, Harmless Melodies, arrived in November 2016. Yellow Days continued to release periodic singles in 2017, some of which appeared on his debut LP, Is Everything Okay in Your World?, that October. It featured a guest spot by hip-hop artist Rejjie Snow. Early the next year, "Gap in the Clouds," from his first EP, reached a broader audience when it accompanied the trailer for the second season of Donald Glover's show Atlanta. Yellow Days followed up in April 2018 with the single "The Way Things Change" and a week's worth of club shows in the U.S. that quickly sold out, before continuing the tour in Europe. The musician's sophomore effort arrived in 2020: titled A Day in a Yellow Beat, the project was written and recorded primarily in L.A., with van den Broek sourcing new inspiration from local collaborators. ~ Marcy Donelson, Rovi