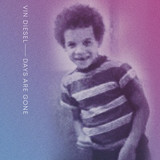 Native New Yorker Vin Diesel is a prominent actor, producer and filmmaker who is most widely known as the patriarch in the Fast and Furious film series, and for which he stars and produces. The record-breaking eighth installment has had the largest international release of all time, grossing over $1.2 billion worldwide.