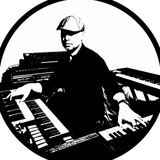 With a slew of vintage gear and over 8,000 records in his arsenal, New Jersey-based Hip-Hop producer/multi-instrumentalist Ill Tal has been churning out beats since the late 90’s. Utilizing many of the same techniques used by the legends of the Golden Era, Ill Tal has managed to capture a sound that many fans miss, while still remaining fresh to the listener. Ill Tal grew up in northern New Jersey, just outside of New York City. He became an avid hip-hop fan at the age of 9 and started producing his first songs in 1997, for local artists in the area. After a brief stint working at a Latin record label in the early 2000’s, he decided to pursue producing professionally. He has worked with several notable artists including U-God (of Wu-Tang), Prodigy (Mobb Deep), Craig G (Juice Crew), Rim (Duck Down Records), The Illz, and several underground artists. Most recently, he’s transitioned away from sample-based music and now plays piano, multiple synthesizers and guitar. While he now focuses on instrumentals and soundscapes/soundtracks, he still works with artists who value Hip-Hop culture.