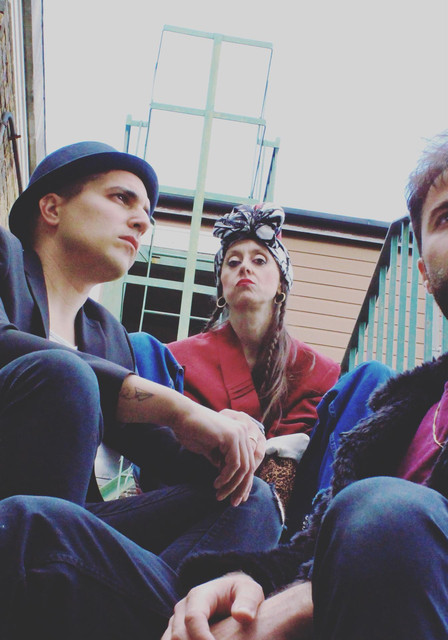 A trio of musical innovators from various compass points, EnnieLoud coalesced and crafted their alt-soul sonics in the hugely diverse north London neighbourhood of Wood Green, a cultural melting pot if ever there was, something that’s of huge significance in shaping the EnnieLoud sound. Street-dancing singer/songwriter Cassandra, whose vocal delivery can be likened to an Afropunk take on neo-soul, fronts a dexterous musical pairing of Berlin producer and DJ Beeoff alongside gifted multi-instrumentalist Ross.   An international venture, EnnieLoud have been busy earning international acclaim. The band co-wrote ‘My Faults’ with top Italian DJ Vincenzo Callea, subsequently remixed by Grammy award-winning producer Yoad Nevo (Goldfrapp, Sia, Moby). The single was released in Germany and Italy, where it made national radio playlists, and impacted across Europe from France to the UK to Greece and Russia. Its video won the ‘Best Video Clip’ award at the 2018 New York City International Films Infest Festival and was a finalist at the Los Angeles CineFest 2018. Onwards into 2019 and EnnieLoud are aiming to build on these global impressions, commencing with the release of their debut standalone single ‘In My Room’.