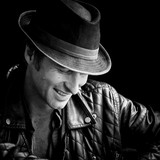 Approximately 50,000 singles were released in the UK during the nineties. With five weeks at the top, the twentieth most successful release of that entire decade was ‘The One and Only’, the lead song from the soundtrack of the film “Buddy’s Song” sung by a 19 year old Chesney. The song has gone on to be the subject of numerous compilation albums, TV ads, TV theme music, film soundtracks and, now a student anthem. The song continues to top ‘Best pop song of the nineties’ polls. These days, Chesney spends most of his time writing songs, producing music and touring.

He is currently working on a new album with, Producer Jake Gosling (Ed Sheeran, One Direction). He is also writing a new musical together with co-writing partner, Charlton Pettus, which they hope to bring to a Theatre stage in the near future. Chesney is currently living in Los Angeles with his wife, Kristina and 3 Children, Casey, Jesse and Indiana For more information, date sheet and Merch visit www.chesneyhawkes.com