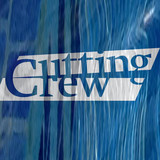 Cutting Crew founding members Kevin Scott Macmichael and Nick Van Eede met in Halifax in 1982 while both were on tour with other bands. Macmichael moved to England in 1985 where the two began recording demos. After a successful showcase, they signed to Virgin Records.   The group became a foursome in 1986 with Colin Farley and Martin Beedle as they entered the studio to record with Rush producer Terry Brown. Their debut album Broadcast launched to mixed reviews, but the album's highlight "(I Just) Died In Your Arms" became a smash hit in the United States, hitting #1 on Billboard's Hot 100 chart. Follow-up single "I've Been In Love Before" then hit #2 on Billboard's Hot AC chart. They toured worldwide, opening for groups like The Bangles, Starship, and Huey Lewis & The News.   Nominated for Best New Artist at the Grammy Awards, Cutting Crew had 6 Billboard-charting singles including "One For The Mockingbird", "Everything But My Pride" and "(Between A) Rock And A Hard Place" from 1989's sophomore album The Scattering.   A third LP, 1992's Compus Mentus, was indefinitely shelved by the label and left Macmichael open to work with Robert Plant on his 1993 solo album Fate Of Nations. After Kevin's passing in 2002, Van Eede revived Cutting Crew with the exceptional Gareth Moulton on guitar. The new lineup released Grinning Souls in 2006, Add to Favourites in 2015 and continue to tour worldwide alongside acts Go West, Wang Chung, Berlin, A Flock Of Seagulls, and Blurred Vision.