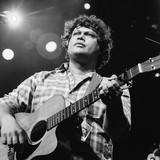 Misophonia is a kaleidoscopic pinwheel of unchained ambition and creative agency. It is both a return to the past and a pointed nod to the future. The record's depth and scope recall the expansive arrangements and ebullient spirit of their debut, From Sumi to Japan. Yet for Misophonia, Bonz and guitarist/composer Michael Strandberg aimed to go beyond their comfort zone. Resourcefully producing the album themselves, they enlisted producer/mixer Chris Bracco (who produced From Sumi) to join rank. The process was quite different for their second record The Triborough Odyssey. Assisted by label support from Triple Crown Records, Triborough was recorded and mixed by indie rock luminary John McEntire at Soma Studios in Chicago. The band toured with Kevin Devine, Miniature Tigers, Jesse Lacey, The Get Up Kids, Person L, and Nightmare of You (amongst others) in support of both records, finally taking a hiatus in 2013. As new material began to coalesce, Bonz booked time at Sunset 7, hidden in a quiet, industrial section of Sunset Park, Brooklyn, with Dave Hollinghurst engineering. Only a handful of songs were tracked live; the majority of Misophonia was sketched and recorded over the course of the following year and a half. The album's overall character, however, came into its own during post-production. Bonz and Strandberg gave Bracco creative license to build its sonic world, leading to an unhinged and truly inspired collection of music.