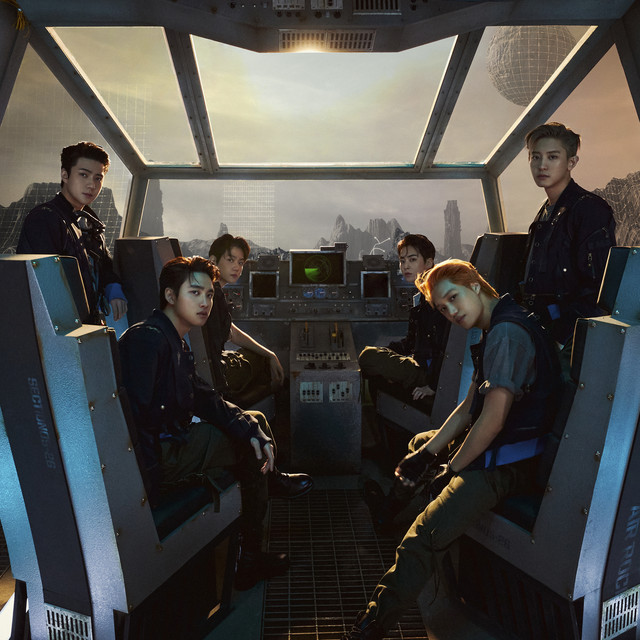 South Korean K-pop boy band EXO perform melodic, dance-oriented pop music influenced by hip-hop and R&B. Formed in 2011 by S.M. Entertainment producer Lee Soo-Man, the band originally consisted of 12 members divided into two subgroups, EXO-K and EXO-M. Although they record the same music, EXO-K focus on playing in South Korea and feature the members Suho, Baekhyun, Chanyeol, D.O., Kai, and Sehun. Meanwhile, EXO-M specialize in performing in China for a largely Mandarin-speaking audience and feature Xiumin, Lay, and Chen (founding members Luhan, Kris, and Tao departed in 2014 and 2015). The group's first official subgroup, EXO-CBX, was formed in 2016 by the trio of Chen, Baekhyun, and Xiumin. In 2019, a second subgroup, EXO-SC, was formed with Sehun and Chanyeol at the helm. EXO released several singles in 2012, including "What Is Love," "History," and the Mama EP. In May of 2013, EXO released their full-length debut album, XOXO. Both the Korean-language "Kiss" and Mandarin "Hug" versions peaked at the top of the Billboard World Albums chart upon release. The album sold over a million copies, and EXO followed that success later that year with the mini-album Miracles in December. Their third EP, Overdose, arrived in 2014. The effort broke into the Billboard 200, making EXO the highest-charting male K-pop group to date. That same year, Kris and Luhan of EXO-M parted ways with the group, leaving EXO with ten members. The band issued Exodus in 2015. The award-winning album topped the charts in Korea and the U.S., while also entering the Canadian charts, the first time a K-pop group had done so. Around this time, Tao became the third member to part with EXO. The group continued its Exodus promotion and released its first Japanese single, a re-recorded version of "Love Me Right" and the Japanese original "Drop That." Before the end of the year, EXO released their fourth EP, Sing for You. They extended album promotion to North America, with a brief tour of the U.S. and Canada in February 2016. EX'ACT, their third full-length, arrived that summer, with their fifth EP, For Life, released in December. The War, EXO's fourth LP, was released in the summer of 2017, topping Korean and U.S. World Albums charts once again. The group made its Japanese debut in early 2018 with Countdown, comprising previously released tracks and new songs like "Electric Kiss." A month later, EXO performed at the closing ceremony of the 2018 Winter Olympics held in PyeongChang. By year's end, the group scored its first hit on the U.S. charts, as fifth album Don't Mess Up My Tempo debuted just outside the Top 20 on the Billboard 200. They kicked off 2019 with a live set, Exo Planet 4: Elyxion Dot, and rounded out the year with their sixth album, Obsession. Yet another chart-topper in Korea, the LP became their fourth to place on the Billboard 200. ~ Matt Collar & Neil Z. Yeung, Rovi