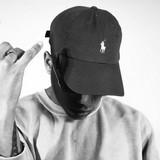 vinayvvs, commonly referred to as Vinay East or simply East, is a rapper, singer, songwriter and record producer from Mumbai, India. vinayvvs' musical style has been perceived as a blend between traditional hip hop, trap, ambient, psychedelic, and alternative R&B. vinayvvs' dark and psychedelic take on trap has been characterized by the use of his eerie production layered with ambient synths and atmospheric sonic details. The signature Auto-Tuned singing and hard-hitting rapping have been combined with vinayvvs' iconic ad-libs, "vvs", "Sidha Shot" and "Chal". vinayvvs has been recognized by many critics and listeners for his unique musical style and hypnotizing music production. Being noticed for his unique and onliest musical style, vinayvvs has featured numerous times on MAZI, Trazler Q and other established hip hop platforms. In 2020, vinayvvs was nominated as the best emerging artist by Double2o. Constant gigs in his area have given vinayvvs the convenience to perform in front of crowds. As a result of his extremely energetic, lively and rock-like gigs where crowd-surfing and mosh pits are common, vinayvvs was recognized by many for putting on a show at an early stage. Adding to his bag of feats in 2020, vinayvvs released his debut mixtape: Pandrah. Shortly, Pandrah was nominated for the best mixtape by an emerging artist award by established hip hop platform, Macrotics.