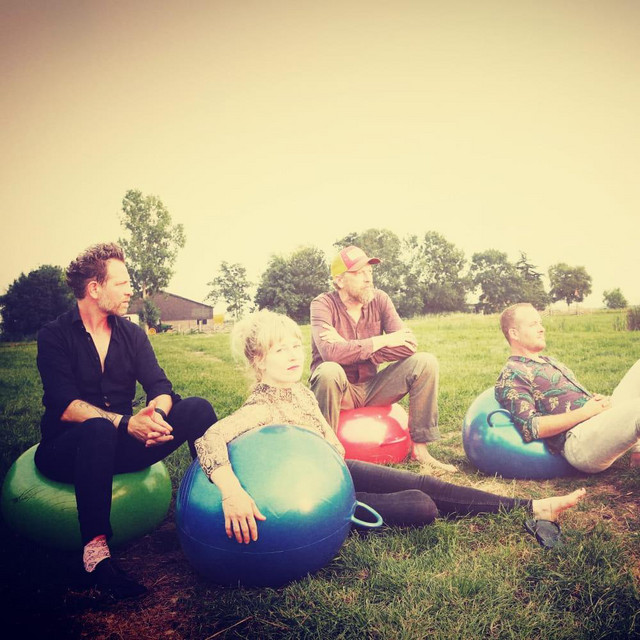 As they both swiped the interweb for musical flames, Ilona and Jos (Antikraft) met in the spring of 2018. The two matched in both taste and musical ethics and began steadily writing and playing together. After an intense year, their fair bunch of songs needed a village to raise them. So they found

a drummer in visual artist Dave (Starring Lisa) and a bass player/ key master/ violin wizard in Boaz (Lazarus Revival) They forged their bond through sharing crude jokes, band yoga and exotic beers. Cardboard Sundown came to life. Their sound is best described as quirky, playful, adventurous. Not fixed to one specific style or genre. Yet poetic, sultry and sexy. From small and dreamy to massive and explosive, often within one song. Or like Dave says: a bread roll, crunchy and fresh from the oven, with a hint of blue.