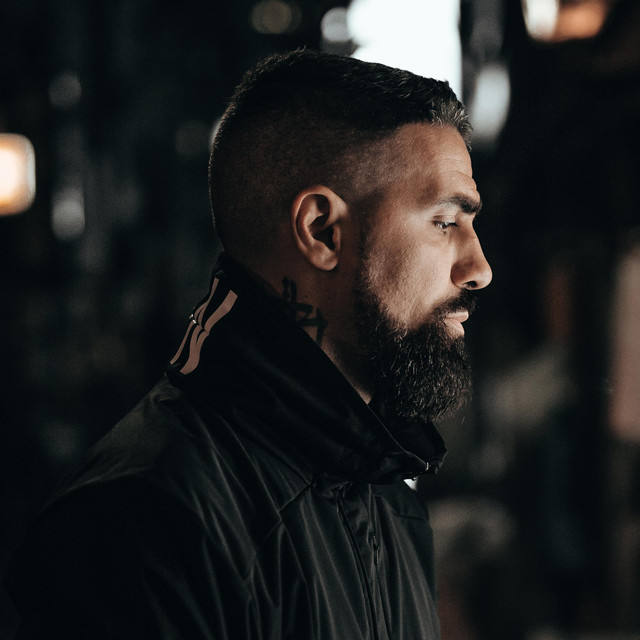 German gangsta rap trailblazer Bushido was born Anis Mohamed Youssef Ferchichi on September 28, 1978, in the Tempelhof district of West Berlin. Of Tunisian and German decent, Anis left school early, becoming involved with crime and drugs. A court-ordered painting apprenticeship alongside future labelmate Fler turned the corner for the young artist. He released a mixtape in 1999 that never saw major distribution, but paved the way for a relationship with the Aggro Berlin label. With Aggro Berlin, Anis, taking the name Bushido (the ancient honor code of the Samurai), worked with Germany's rising stars of hip-hop like Sido, B-Tight, and Fler. King of Kingz was released in 2003, followed by a remixed release a year later. In 2004 he jumped labels to Universal, a move that started a long-running beef between Bushido and Sido that would last for seven years. With them he released Electro Ghetto later that year, which reached number six on German charts. Bushido used the pseudonym Sonny Black to release other works, including 2002's Carlo Cokxxx Nutten, which he then re-released during his time with Universal. Bushido's hard-edged, racist, misogynistic, and nationalistic lyrics caught the attention of neo-Nazi audiences and government officials alike. His material brought questions about content control to the forefront of Germany's attention. The German public has never had any cause to doubt Bushido's authenticity, with a string of indictments for violent offenses running the length of his career. His 2005 release Von der Skyline zum Bordstein Zurück (From the Skyline Back to the Curb) ensured his status as Germany's number one proponent of the thug life, with its raw, crime-themed lyrics. A string of further popular albums followed, including 2011's Jenseits von Gut und Böse (Beyond Good and Evil) and 2012's AMYF. In 2011, he also finally resolved his feud with Sido and they recorded a collaborative album, 23. It was by far the biggest success to that date for either artist, reaching number three on the German albums chart. Bushido's 11th album, AMYF, arrived the next year, topping German and Swiss charts. Sonny Black was released in 2014, once again peaking at number one in Germany, Austria, and Switzerland. In the summer of 2017, Bushido released Black Friday, featuring guests like AK Ausserkontrolle, Shindy, and Fler. ~ Evan C. Gutierrez, Rovi