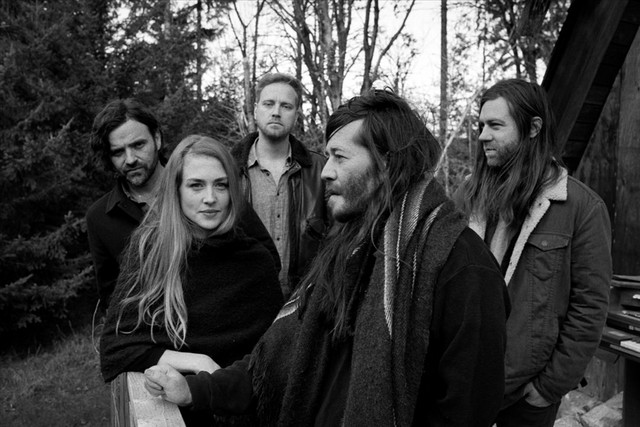 Oklahoma indie rockers Other Lives traffic in an amalgam of heady Baroque pop, brooding, windswept, electro-alt-rock, and Ennio Morricone-tinged Americana that's both sumptuous and rooted in darkness. Emerging in 2009, the band began to make waves in 2012 with the release of their well-relieved sophomore effort, Tamer Animals, and an opening slot on Radiohead's North American tour. They continued to expand their widescreen cinematic indie rock on subsequent efforts like Rituals (2015) and For Their Love (2020). The group formed as an instrumental project in 2004 under the name Kunek. Based in Stillwater, Oklahoma, Kunek (who eventually added vocals to the mix) released one album (Flight of the Flynns) for Play Tyme Records in 2006 before making the transition to the similarly themed Other Lives. Comprised of Jesse Tabish (piano, guitar, lead vocals), Jonathon Mooney (piano, violin, guitar, percussion, trumpet), and Josh Onstott (bass, keys, percussion, guitar, backing vocals), the newly minted group enlisted drummer/engineer Joey Waronker (Walt Mink, Beck, R.E.M.) to helm their eponymous debut album, which was released in late 2008. After getting a boost by having songs appear on the popular medical drama Grey's Anatomy, the band released their second album, the acclaimed Tamer Animals, in May 2011 for TBD Records. Other Lives gained additional attention in 2012 when they opened for one leg of an American tour by Radiohead and also appeared at the Coachella Festival. An EP, Mind the Gap, appeared later that year, followed in 2015 by the sonically opulent Rituals, which like its predecessor found favor both at home and abroad. For their fourth long-player, 2020's For Their Love, the group looked to themes of self-worth and existential dread in times of political and economic turmoil. ~ James Christopher Monger, Rovi