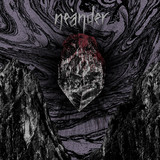 Only one and a half year after releasing its debut instrumental collective neànder returns with a new album via Through Love Records due October 9. 'eremit' is the follow up to the bands' critically acclaimed self-titled debut that was truely a monument to heavy music. "Proof that there's beauty in melancholy is the instrumental soundscape neànder by Germans of the same name" RnR Magazine (UK) wrote in its 'Best of 2019' feature. Rolling Stone scored 4 out of 5 stars and named the 4-pieces' sound 'a dead black moonscape'. Bio: neànder consists of musos from Blackgazers Ånd, Hardcore Punks Patsy O' Hara, Berlin Sludgers Earth Ship and live band mebers from Indie outfit Casper. Shortly after releasing its debut in 2019 the band headed out for 4 weeks lasting tour playing shows and festivals with artists such as Pelican (US), Inter Arma (US) or Big Business (US).