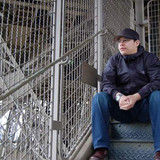 An independent techno/electronic indigenous artist based in Calgary, Alberta. Originally from the Driftpile Cree Nation in Northern Alberta, Canada. Sounding like a cross between Teenage Mutants, Chemical Brothers, and Richie Hawtin. Incorporating his indigenous heritage into the music, with elements of Pow Wow drums and percussion. Sober since 2006, using music as a creative outlet. With four albums released, and another three more albums set to release in September, October, and in November 2021. Sean was nominated for the Best Instrumental Album at the Indigenous Music Awards in 2015, and 2017, and won in 2015.