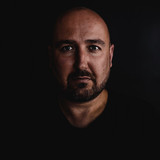 Robert Snajder is one of those hidden secrets in the world of EDM music. Robert’s passion for music started early in life. Robert began DJ’ing at 13 and since then, the love for music has been the driving force behind everything he does. Like many DJ’s, Robert started his career by playing local venues in his hometown of Aarhus. Robert has the ability to cook up the crowd wherever he plays. Robert gives the crowd a good show and a good experience. Robert Snajder is a humble yet hardworking aspiring music producer from Denmark whose dream it is to reach the top and he will work tirelessly until he gets there.