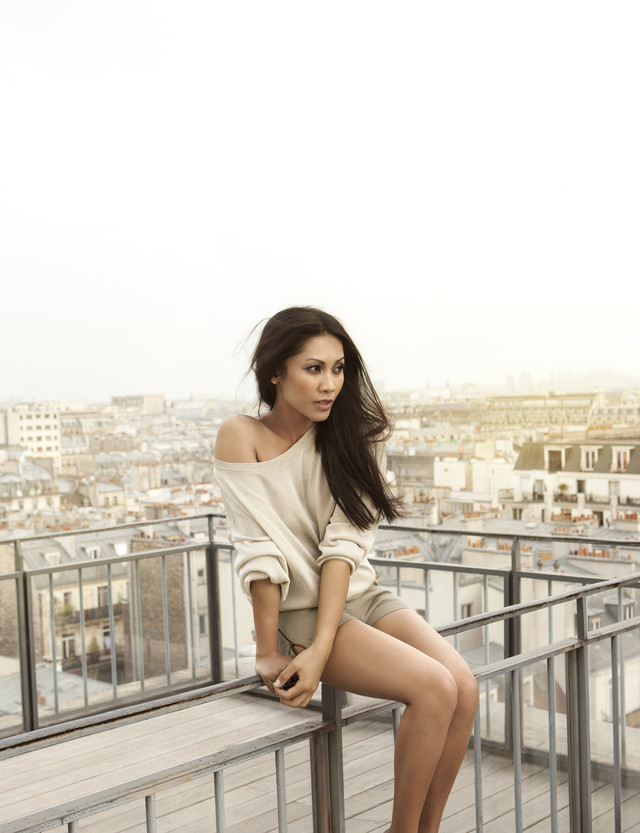 An Indonesian pop princess who later moved to Europe to conquer the Western charts as well, Anggun was born in Jakarta and listened to native Javanese music as well as rock icons like Elvis Presley. She began performing at the age of seven, and recorded her first album just two years later. By the time Anggun was 17, she had become the most popular artist in the country during the early '90s. Not satisfied with her success, she moved to London and later Paris to begin recording for a breakthrough into the European charts. With the help of producer Erick Benzi (whose credits stretch from Celine Dion to Jean-Jacques Goldman and Johnny Hallyday), the soulstress recorded the album Snow on the Sahara for a 1998 release on Epic Records. The album was influenced by the ethno-dance (e.g. Deep Forest) and adult contemporary female singer/songwriter pop (e.g. Julia Fordham) popular at the time, and though it was only a minor success, the title-track single gave her what would be her biggest ever international hit; charting in eight countries, it went to number one in Italy and hit no. 22 on the US Billboard chart. The album was also released both in a French version (entitled Au Nom de la Lune) and an Indonesian (Anggun), establishing a pattern that would be replicated with all her subsequent albums. The 2000 follow-up Chrysalis (aka Désirs Contraires) saw her take more control of songwriting and move in an electro-pop direction, and in 2002 she recorded the soundtrack for the Danish Dogme film Elsker Dig for Evigt (aka Open Hearts), which was to be her last album released in the US. For 2005's Luminescence she chose not to work with Erick Benzi again, instead opting for a portfolio of producers. She also switched labels to Heben Music, an imprint of Universal. The album was her biggest hit in France, reaching number 16, and produced her second biggest ever single hit in the shape of "Saviour" (aka "Cesse la Pluie"). The song was included on the soundtrack of the Jason Statham vehicle Transporter 2, which topped the U.S. box office charts. Elevation followed in 2008, and her fifth international album, Echoes, in 2011; it was her first for Warner, and marked the first time that any English version of her albums entered the French chart. ~ John D. Buchanan & John Bush, Rovi