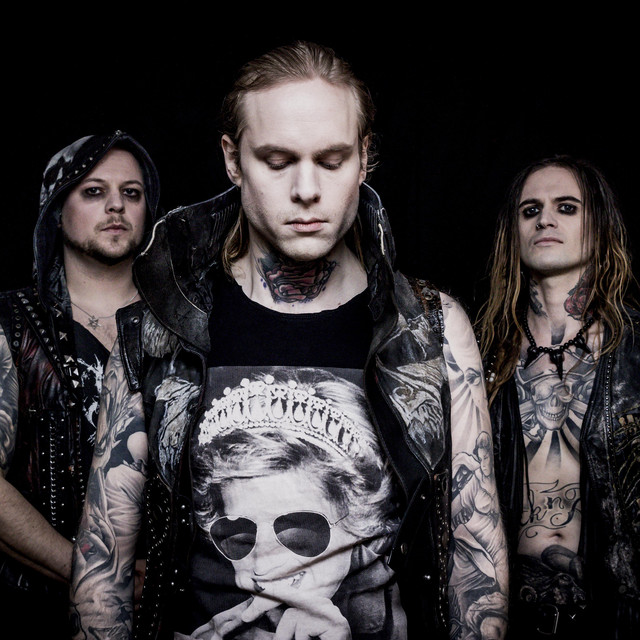 It all began in the rowdy year of 2012.. Formed in Stockholm, Sweden, The Vice started off with a bang and quickly after released the 5-track EP "Let Me Go". Even though it was a pretty straightforward, punkish creation the sinister roots of the band (all members born and raised in the North of Sweden) was present from the get go. The following years came a bunch of other singles, videos, the debut album (Selftitled, released on Rambo Music), lots of shows all over the country, two trips to the U.K-crowds and the first European tour. Multiple shows in Sweden, the U.K and once again the Czech Republic, new videos and another single entitled "XIII Years" would follow until it was time to start focusing on the new full length album. Act two commence.. Come 2020, only a bit fashionable late, the new album's done and ready to shed some light on the darkest pits of the scene. The duality that has been the blood and soul of The Vice since the beginning has been refined, further polarized and has matured into something quite beautiful. Between the creation and the coming attractions, life and death, the Oasis and the Emperor, the vast woods and the cold concrete. Recorded in BAM Studios Sweden with Andreas Bauman and coming your way in summer 2020 on powerhouse label Noble Demon Records, The Vice's sophomore opus - "White Teeth Rebellion" - is a dark, meanasfuck rock/metal album with the band members hearts on its sleeves. And we're just getting started..